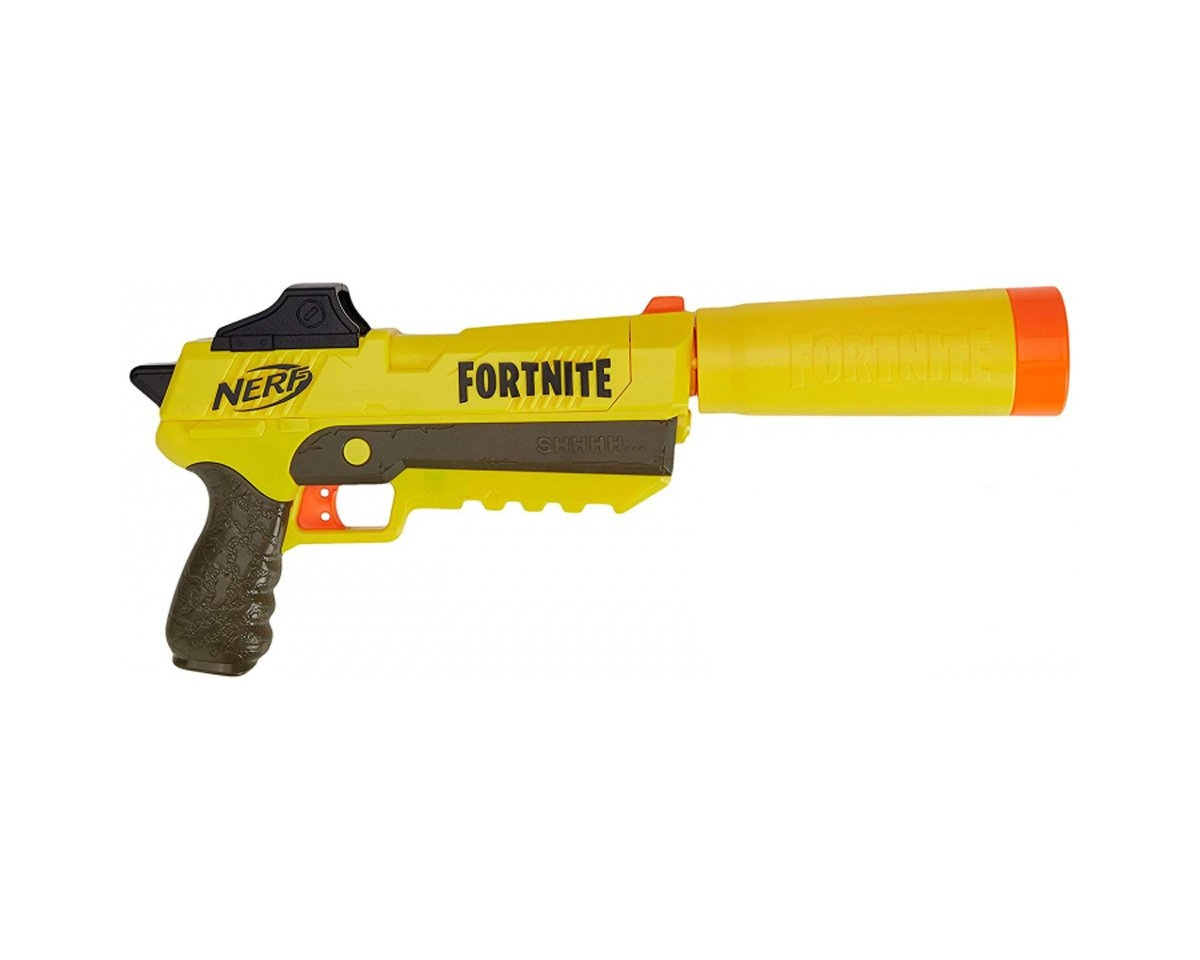 The Nerf Fortnite SP-L Blaster has the Blaster used in Fortnite as a model and the same appearance and the same colors as the Blaster in the popular video game. This Nerf Elite blaster with removable drive to adapt to different playing styles invites enact Fortnite in real life. The course is appropriate for long-range shots and removed as soon as a more compact form is needed for narrower ranges or the players move quickly and have to be mobile.

The Fortnite SP-L Blaster has an internal magazine, which summarizes three darts so that three darts can be fired sequentially, before recharging is necessary. There are used three darts, the blasters is cocked and the trigger operated to fire. It comes with 6 Nerf Elite Darts, particularly fly far, were tested for performance and quality and are made from foam material and flexible, hollow tips. This Nerf Elite Fortnite dart blaster can also be used both indoors and outside to rush into Fortnite Action.