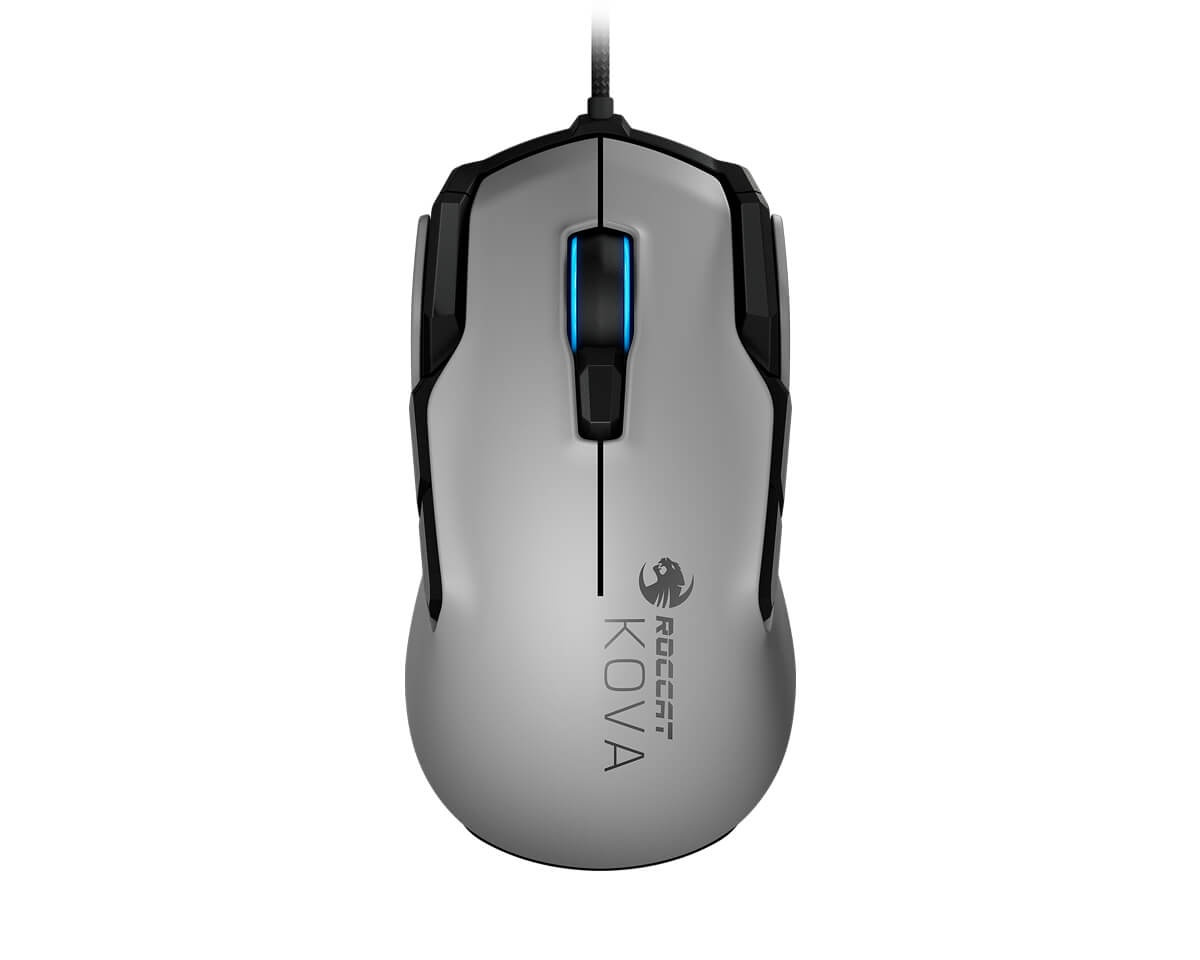 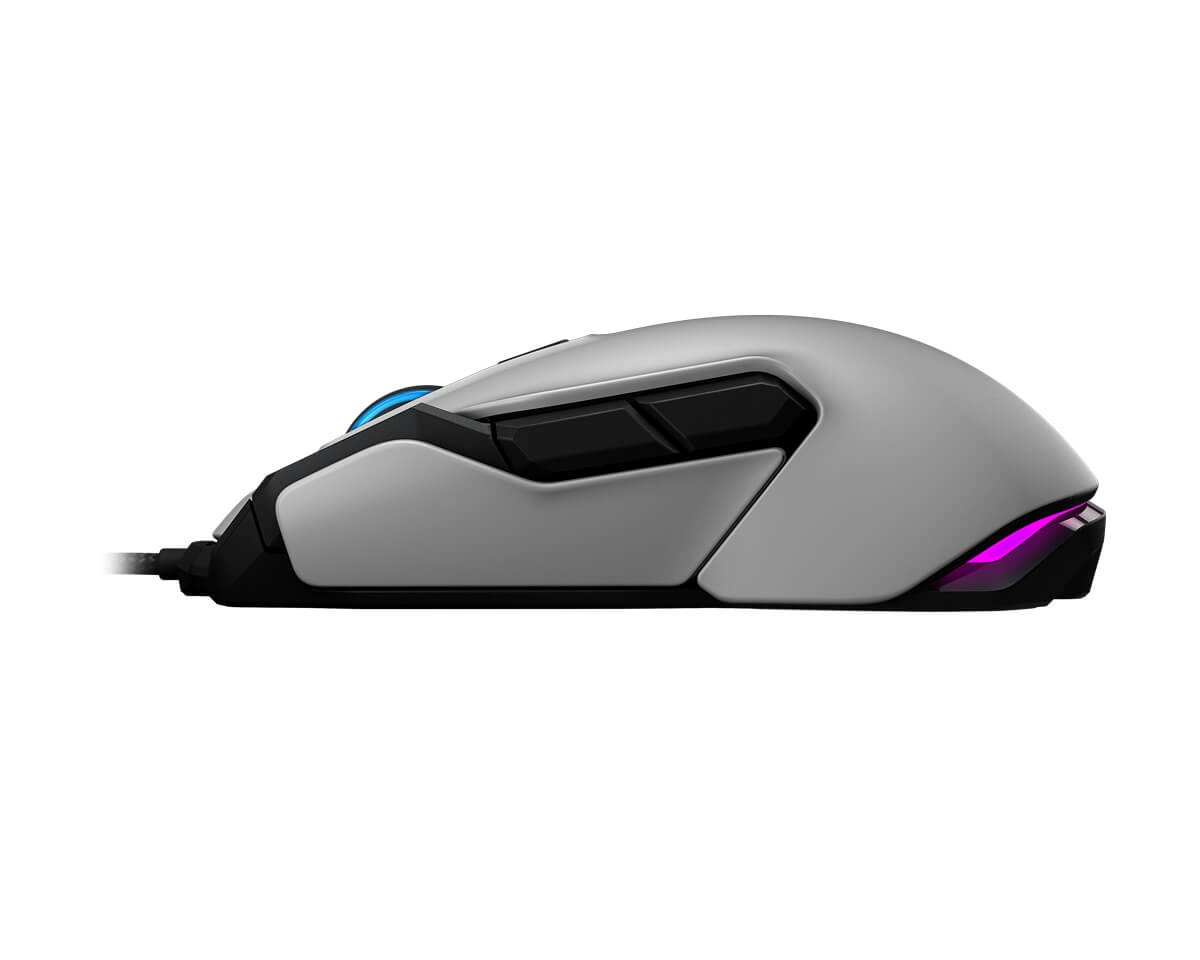 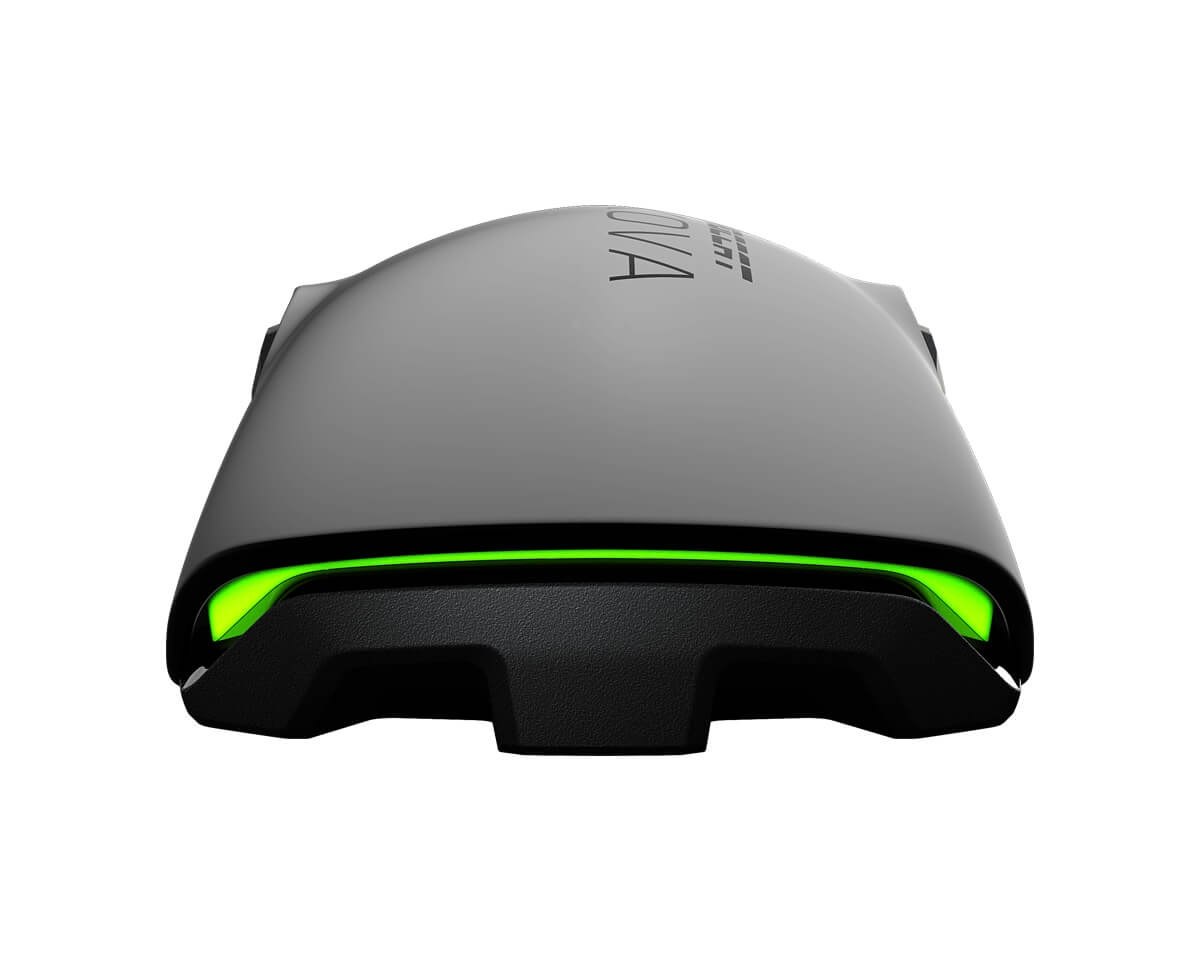 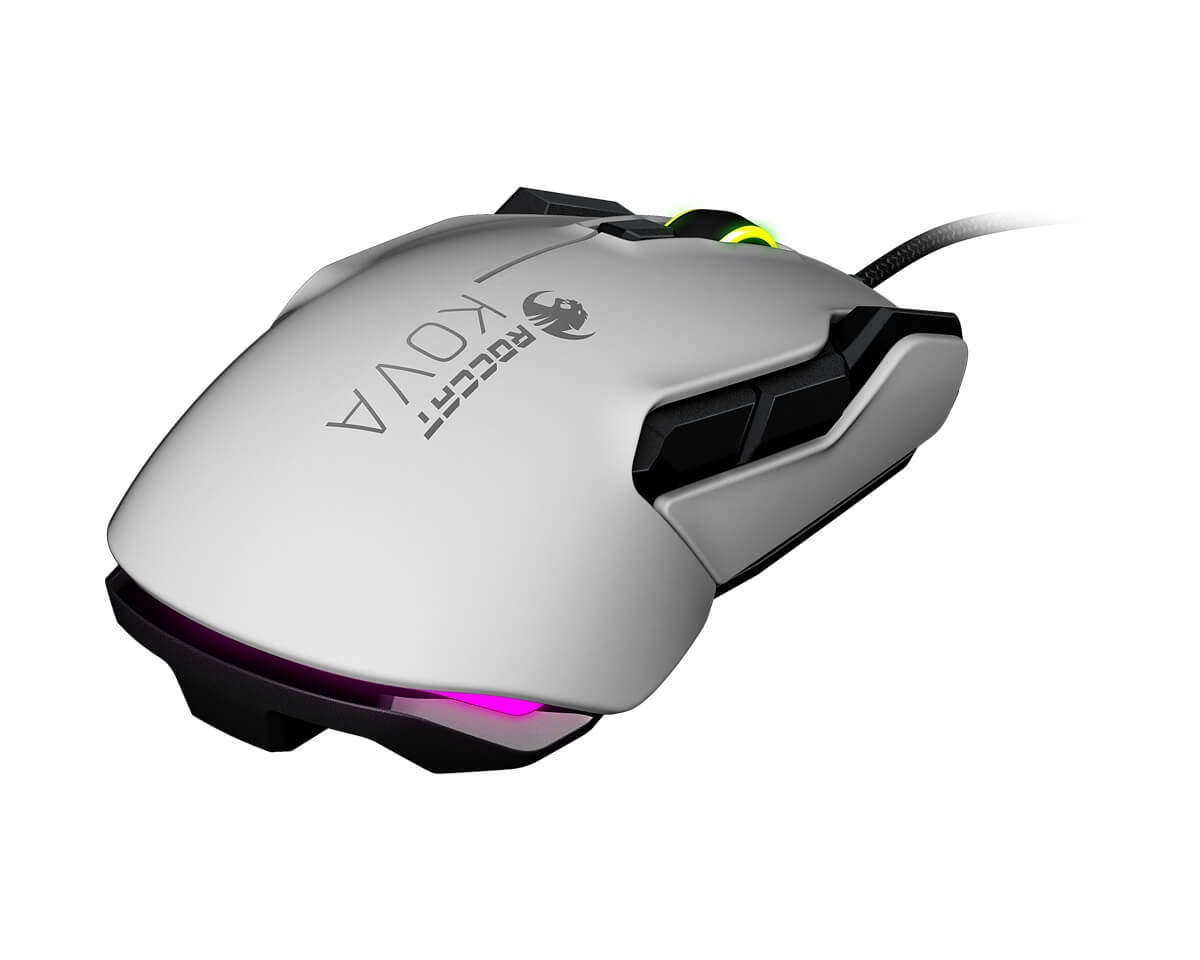 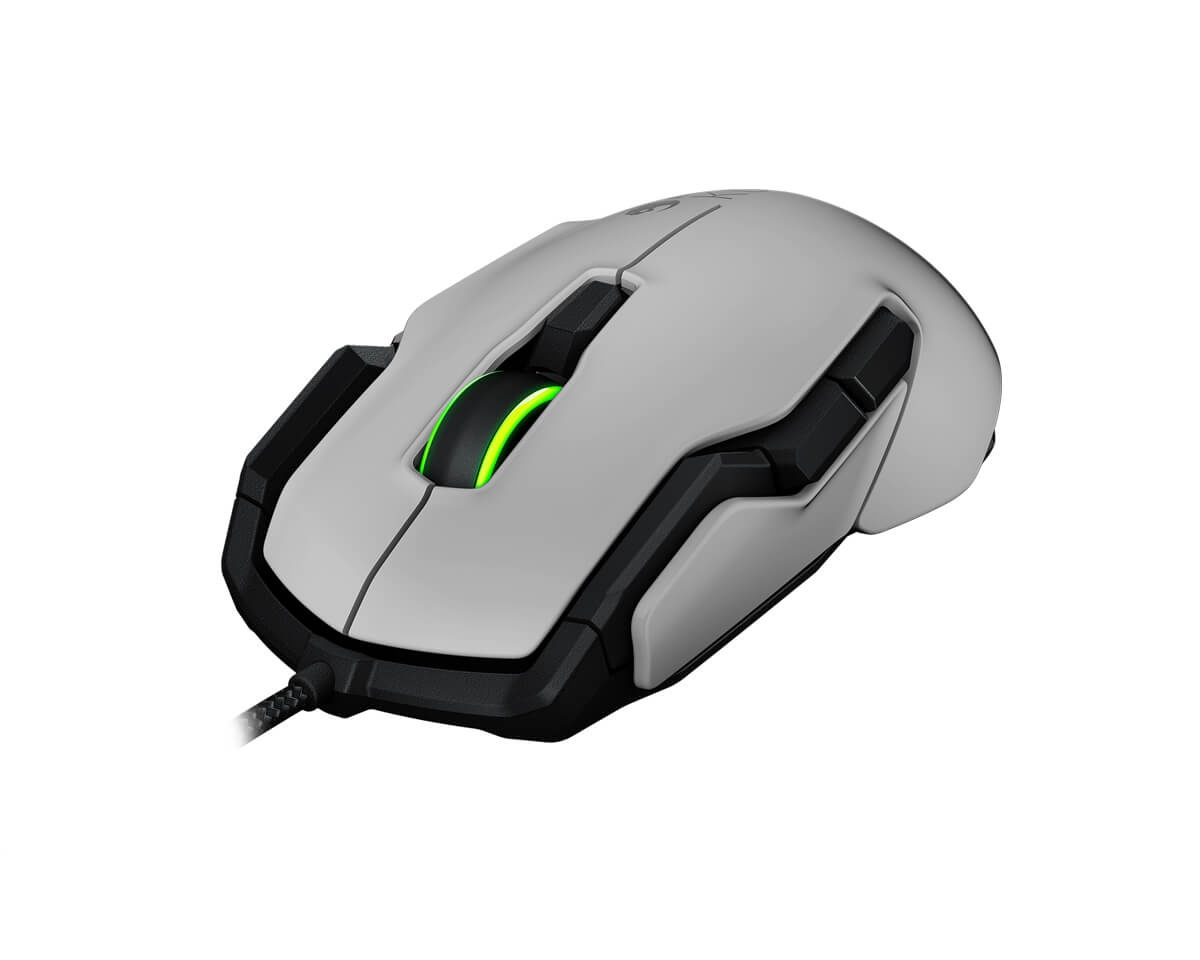 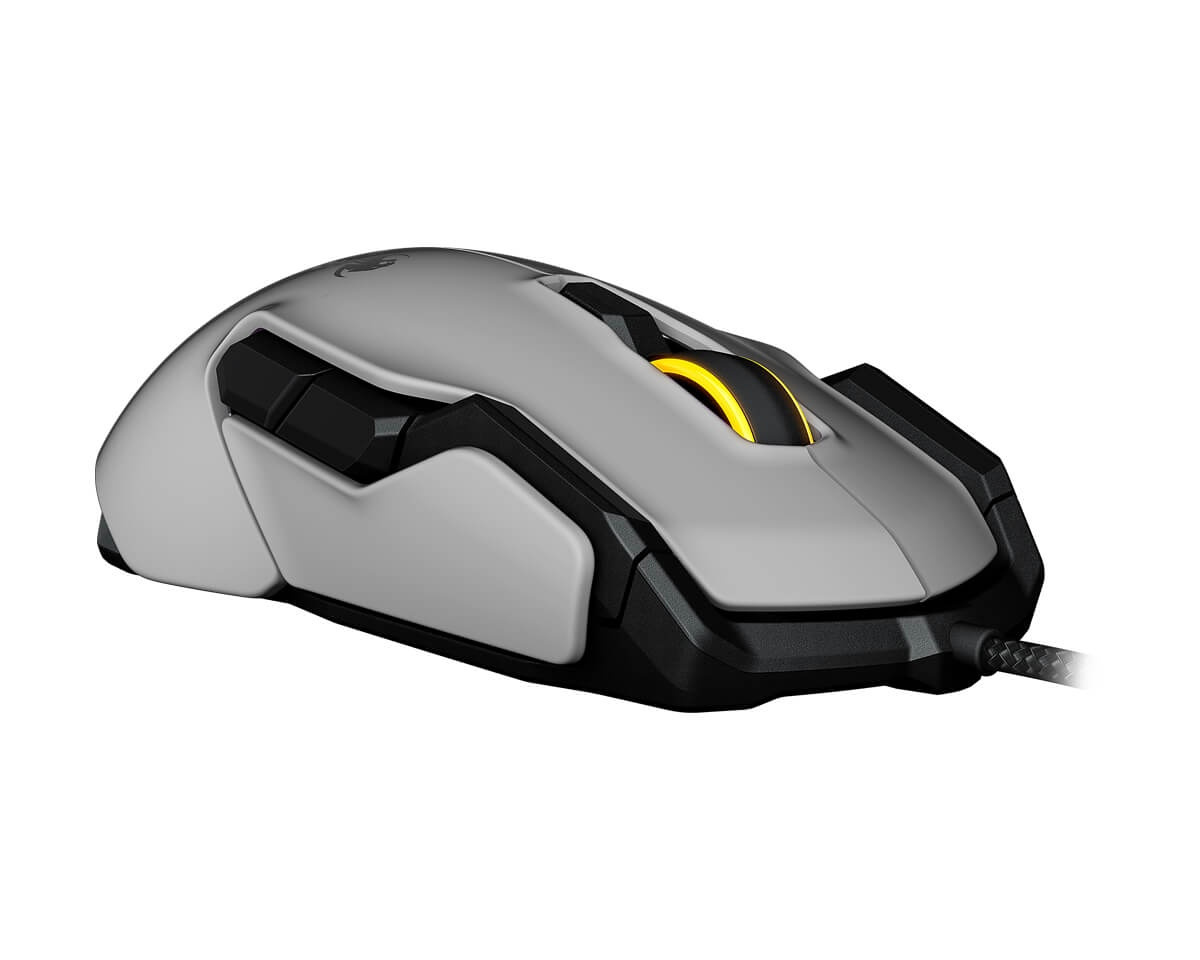 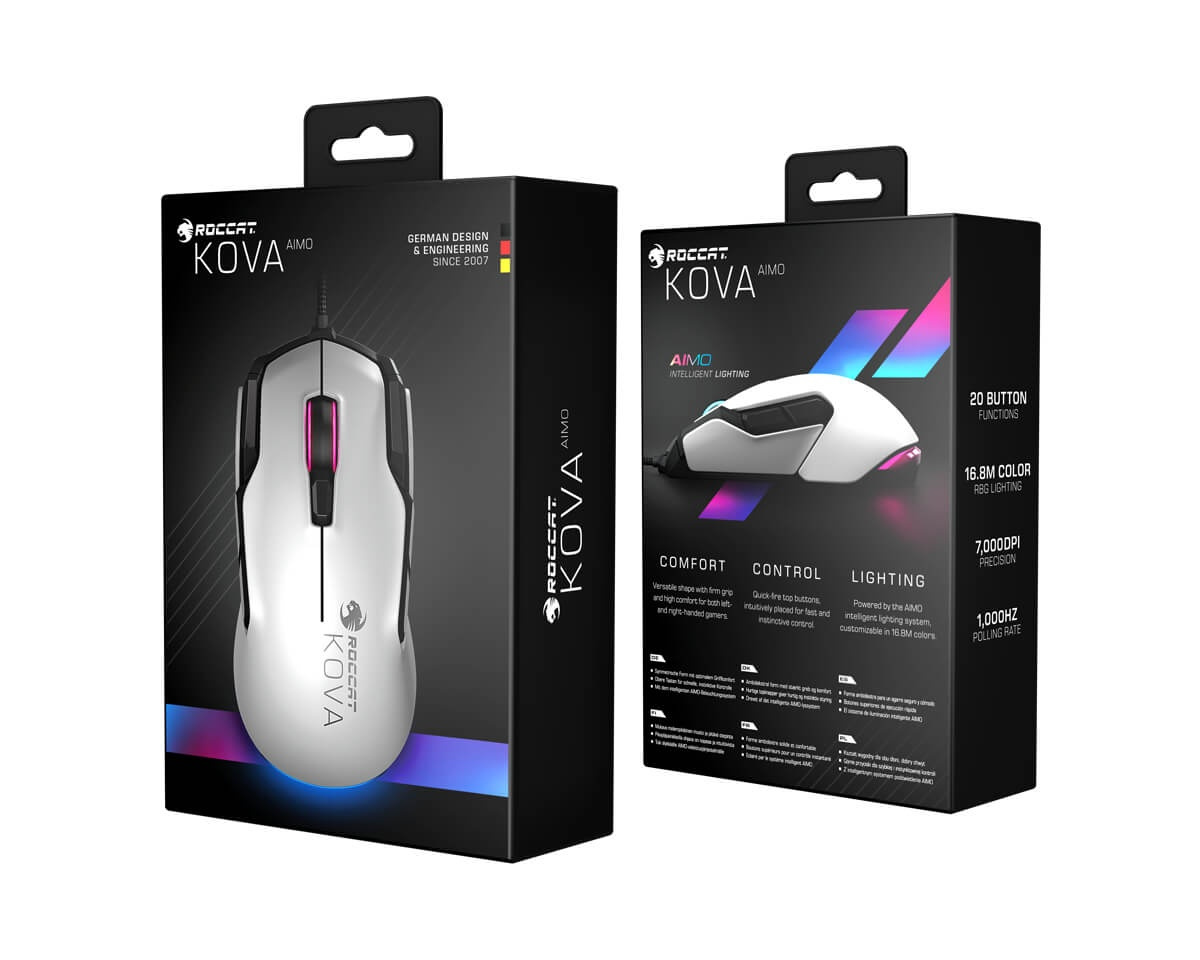 The Kova AIMO features a versatile yet ergonomic shape which makes it perfect for left- and right-handed gamers alike. With immersive AIMO illumination in 16.8 million colors and intuitively positioned quick-fire top buttons, it’s as stylish as it is effective.

Versatile shape
Ambidextrous mice typically compromise on comfort and functionality. Not the Kova AIMO. It is ergonomically optimized for both left- and right-handed gamers alike, offering exceptional comfort and performance regardless of which hand is using it.

AIMO illumination
AIMO represents both a lighting engine and an eco-system at once. Its functionality grows based on the number of AIMO-enabled connected devices. It reacts organically based on your usage, presenting state-of-the-art illumination scenarios without the need for configuration.

Illuminated Titan wheel
The robust Titan wheel is two-directional and built to withstand fast and intense gaming. It also features a lighting zone that you configure to your personal style.

ROCCAT Swarm
Swarm functions as a unified driver suite for all of your games and ROCCAT devices. You can use it to configure AIMO and the Kova AIMO’s 20 button functions. You can also use it to create and save macros directly the mouse’s on-board memory